“Make it a habit to tell people thank you. To express your appreciation, sincerely and without the expectation of anything in return.” ~ Ralph Marston

We skipped the second church on the Cade’s Cove loop because there were too many people there. It was the Methodist Church, and judging from the windows outside, it was more ornate than the Primitive Baptist Church. However, we stopped at the third, and last, church on the loop, the Missionary Baptist Church. There was no one in the church when we arrived. No bard to serenade us and tell us its history.

Like the Primitive Baptist Church, it was a simple wooden box church with one exception. The pulpit was built as a bay which completely changed the sound of the room. This lead to my further understanding of why our bard from Marysville chose to play in the Old Primitive Baptist Church. And where there had once been a wood stove now lay bricks in the shape of a cross. I have never seen anything quite so out of place, and I’m not entirely convinced it was a relic of the congregation as much as a thoughtful prank. Perhaps it was used as an altar for the call to prayer. Apart from that, I really can’t guess its purpose. In any case, it was a lovely little church and I was pleased to visit it.

“He has achieved success who has lived well, laughed often, and loved much; Who has...

“Twenty years from now you will be more disappointed by the things you didn’t do...

“To be beautiful means to be yourself. You don’t need to be accepted by others....

“Give freely and expect nothing in return. ” ~ Unknown 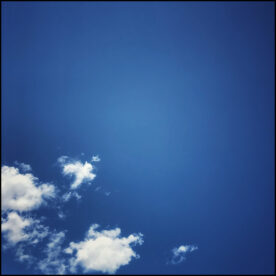 “You are presented with two choices: evolve or repeat.” ~ Unknown The clouds gathered and...

We use cookies to ensure that we give you the best experience on our website. If you continue to use this site we will assume that you are happy with it.Ok