From April to July of 2011, I wrote and voiced, with John Lumagui, a series of 60 second broadcast modules created from Kentucky’s digitized historic newspapers to promote the National Digital Newspaper Program in Kentucky. Each module examines Kentucky’s journalistic craft in a mostly light-hearted, always informative, fashion. The audio was produced by Alan Lytle for air on WUKY. 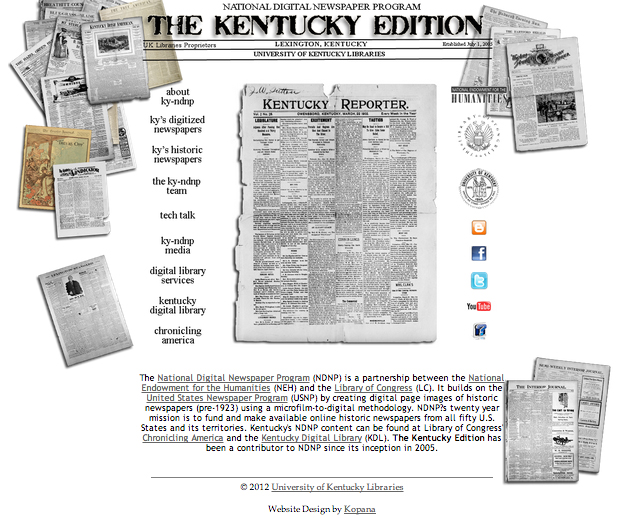