“The bad news is time flies. The good news is you’re the pilot.” ~ Michael Altshuler

Hero, Shero, and I had a Mother’s Day weekend adventure today. We traipsed through four Eastern Kentucky counties, saw lots of people, ate lots more food, and visited one covered bridge. The Goddard White covered bridge in Fleming County sits off highway 32 between Morehead and Flemingsburg. It has been photographed a great deal because, well, look at it! The delightful Methodist Church nestled in a picturesque valley sits near center of the bridge opening making for a serene photo, a nod to the old times. Too bad my photos have a redneck pickup truck in them. At least you can’t see the ball sack hanging off the back bumper. Little else can ruin a moment like that sight, let me tell ya. Plus, it just ruined my compositions.

According to the signs, it’s unknown when the first Goddard bridge was built, but this bridge was “reconstructed” in 1968. It reminds me a lot of the Switzer bridge reconstructed after the 1997 flood on the Elkhorn. I’m now inspired to go back to see the Colville Covered Bridge in Bourbon County I discovered with Stacy, Greg Davis, and Sandy Davis in 2013. I think covered bridges are good for the soul. They sure are good for mine. 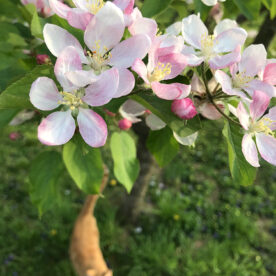 “Stop scrolling, just for a second. Breathe. What are you grateful for today?” ~ Elephant...

“In every trial let understanding fight for you.” ~ Buddha     Because, on this...

“As you work on breaking habitual tendencies (eliminating greed, hatred, or ignorance from your life,...

“The depth of darkness to which you can descend and still live is an exact...

“You will never look into the eyes of someone God does not love. Always be...

“Surviving is good, but overcoming is better.” ~ Shelley Hendrix     This is Stacy...

We use cookies to ensure that we give you the best experience on our website. If you continue to use this site we will assume that you are happy with it.Ok